Do You Pull Over For Emergency Vehicles? 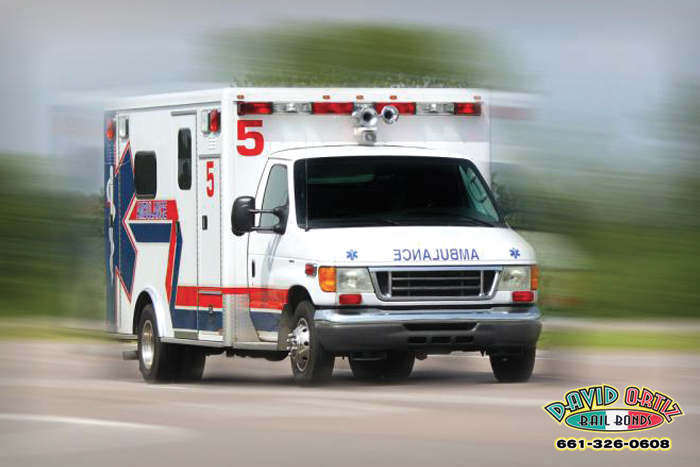 One would think that with all of the time people spend behind the wheel of a vehicle, that they would have a good understanding of all of the driving laws in their state. However, that is rarely the case. After all, there are thousands of laws about driving in California alone. So it comes as no surprise that not everyone follows all of the laws while they are driving down the road.

One law in particular that often either gets forgotten or tossed to the side, is California Vehicle Code (VC) 21806.

California Vehicle Code 21806 is a law that most drivers are at least aware of in some way. This is the law that state drivers on California roads must pull over to the right side of the road when an emergency vehicle is approaching with siren blaring and lights flashing. This kind of condition is referred to as a Code 3.

When emergency personnel are responding to a Code 3 call, they need to get to the scene as quickly as possible. This is why the law requires drivers to get out of their way. When a driver see an emergency vehicle approaching with lights and sirens on, they need to pull over to the side quickly, but in a safe manner. This will leave the road open and clear for the first responders.

It is important to note, that VC 21806 does not specify which direction the emergency vehicle may be approaching from. This means that it does not matter if the vehicle is traveling in the opposite direction of the driver, he or she should still pull over to the right side of the road. After all, it is not uncommon for emergency vehicles to need to drive down the wrong side of the road to get to their destination quickly.

Consequences Of Breaking This Law

Failing to yield right of way to emergency vehicles, thereby breaking VC 21806, can earn a driver a ticket. This ticket will come with fine of around $500, which could cost more due to court fees. On top of that, a driver will receive a point on their driving record.

Additional points on a person’s driving record can lead to increased insurance rates. This is due to the fact that insurance companies see incidents like this as meaning the driver in question is more likely to get in an accident, which could cost them money in the future. In order to counter that possible cost, they raise the driver’s insurance rates.

If a driver receives too many points on their record within a certain time frame, they could have their license suspended. When a person’s license is suspended, they are not legally allowed to driver themselves anywhere. This can make getting to work or running errands, very difficult.

It’s Best To Just Pull Over

There’s a lot of laws when it comes to driving a vehicle, whether you are in the state of California or anywhere else in the nation. One of the more important ones is to yield the right of way to emergency vehicles that are responding to a call. Luckily, it is pretty easy to tell when they are responding to a call thanks to the loud sirens and flashing lights.

Failing to perform the simple task of pulling over to the right and stopping, can earn a driver a nice little ticket. On top of that, it can delay an emergency responder and prevent them from doing their jobs, which could save someone’s life. That is why it is best to just pull over to the side instead of trying to rush to your destination.