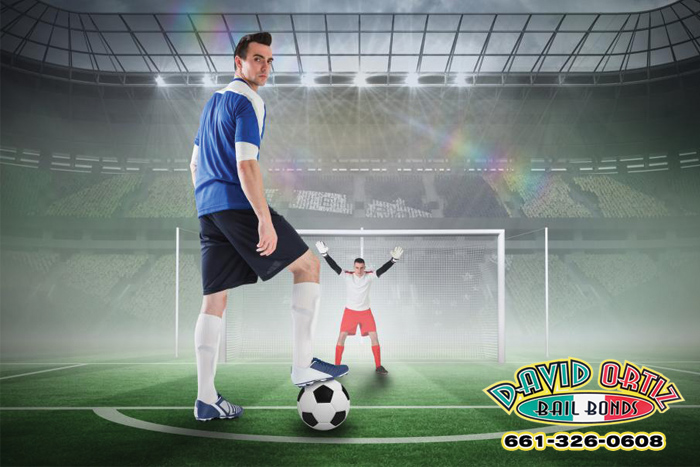 Plenty of people who attend sports games like basketball, football and hockey like to enjoy a cup or two or three of beer. Alcohol gets fans pumped up, excited and energetic, but it can also very quickly make the fun atmosphere and time into a very dramatic and serious one – and we don’t mean that in a good way.

Fights break out at games, or after games. Fans from opposing teams get into arguments that turn into physical fights. Fortunately, most are broken up before someone gets seriously hurt, but other times, it’s too late. This is when it gets really messy – someone ends up in the hospital, they may have permanent, lifelong damage. Others are arrested. Most times, police reports indicate that the members had alcohol in their system.

David Ortiz Bail Bonds is able to help bail any arrested parties out of jail if the judge grants them bail, but we truly hope we never have to because that means people have been hurt. Families and friends are about to face a tough time trying to sort everything out. We hate seeing people in these situations – but know that we are here to help fix that by bringing the arrested ones back home.

Watch out for yourself and your loved ones when you go to sports games. Don’t over-drink. Walk away from possible fights. It’s not worth risking your life. Plus, it’s definitely not cheap to pay the consequences later on.

But as we said, if something happens, contact us at David Ortiz Bail Bonds. We promise to come and help, and we’ll get the best, most affordable bail price for you.

If you want the best bail bond service in California, call David Ortiz Bail Bonds now at 661-326-0608 or Chat With Us now.

Opportunities Are Best When Bail Is Posted