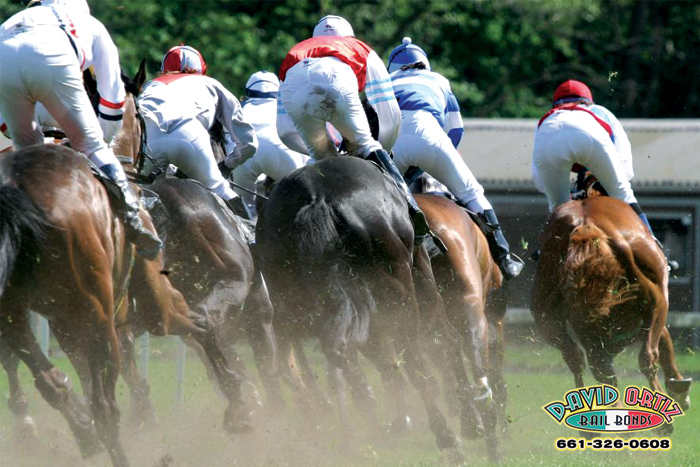 The office football pool and the friendly weekly game of poker you indulge in might not seem like a big deal to you, but if you’re caught, you could find yourself on the wrong side of California’s legal system.

While gambling is legal in the state, California lawmakers have created some specific rules limiting when and how you can gamble.

Like most states, the only casinos that are legally allowed to operate in California are Tribal Casinos that are connected to and managed by a Native American tribe. In most cases, these casinos are modeled after Las Vegas casinos, in addition to offering an assortment of gambling options, they frequently have restaurants, entertainment, and lodging available.

One of the preferred forms of legal gambling allowed in California is betting on horses. Whether it is Thoroughbreds, Standardbreds, or Quarter Horse races, you can spend as much time placing bets as you would like. The only catch is that the races must be officially sanctioned. You are not legally allowed to bet on the barrel races during county fairs.

Horse racing is the only form of gambling in California where pari-mutuel betting is legal. If you decide to try your hand at pari-mutuel betting while at the races, be aware that both management fees and state taxes are deducted before you’re allowed to collect your winnings.

According to the state law, the only type of casinos that can legally operate in California are those run by Native American tribes; however, there is one loophole – Card clubs. These clubs represent California’s oldest form of formal gambling. As of 2016, the state had issued 89 licenses even though only 76 belonged to active card clubs.

The California Gambling Control Act which was introduced and passed in 1998 makes these card clubs legal. To operate a Card Club, the management must:

Card Clubs operate by charging each player a fee before they start playing. Once the game gets started, the players bet against one another. The house doesn’t have a stake in the game.

California lawmakers not only permit gambling via state sanctioned lotteries, they encourage it. The couple dollars you spend on lottery ticket is a huge money maker for the state. Both the MegaMillions and SuperLotto Plus are state lotteries.

Charity organizations are allowed to host gambling functions in order to earn money for their cause. The trick is that they have to be a registered non-profit organization. For the longest time, the only game allowed during the events was bingo but in 2007, legislatures voted to increase the types of games charitable organizations were allowed to offer, which is why it’s not common to see poker, raffles, and a few other casino-style games being played at these events.

Should Cellphones Be Banned By Law In Schools?