Tag: what making threats to someone cost you 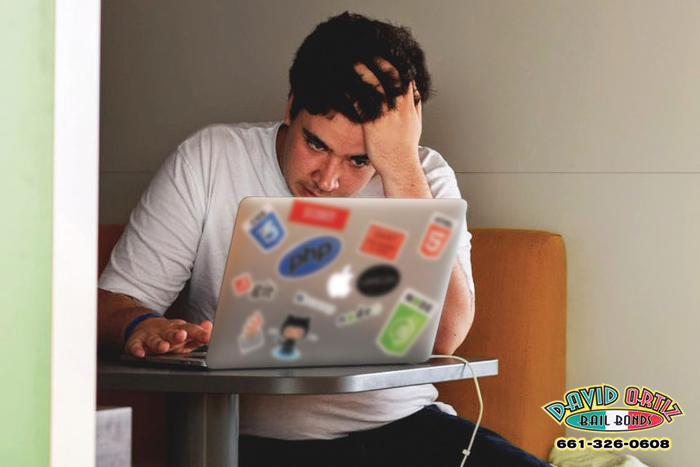 With the age of social media people have gained the ability to share all of their thoughts and ideas with the entire world. If they want to. Most people prefer to keep to themselves, since oversharing online is a pretty big deal. It can easily get a person into a lot of trouble. Many people have had to learn this lesson the hard way.

What some people see as joking around or just venting, can sometimes be seen as an actual threat against someone. What many people don’t realize is these threats can get them into trouble. Simply making a threat towards someone is a crime here in California, and it comes with very serious consequences.

What Is California Penal Code 422?

Here in the state of California the act of making criminal or terrorist threats online, or anywhere else, is illegal. Penal Code 422 covers this and explains what counts as breaking the law, and what are the consequences of breaking this law.

Penal Code 422 defines a criminal threat as someone making a specific threat, verbal or written, to harm or kill a person, and that person has a reasonable fear for their safety. This can be done in all sorts of ways, from saying it to a person’s face, to posting it on to someone’s social media page. Whether or not the person actually carries out the threat doesn’t matter. All that matters is they made the threat and it made someone fear for their safety, or the safety of their loved ones.

Even if the person never intended to carry out the threat, and simply wanted to scare the person, it is still considered a criminal threat.

This law also covers any instances of a person posting comments online about committing a mass shooting. These kinds of threats are always taken seriously, and as such, a person will face harsh consequences for making a threat of this nature, regardless of their age.

Another thing to consider with this law, is that each threat can be charged individually. This means that if a person threatens the same person multiple times, they could face multiple charges.

The Consequences Of Making Criminal Threats

Penal Code 422 is what is known as a wobbler crime in California. This means that it can either be charged as a misdemeanor or as a felony. How the crime is charged is dependent on the case itself.

The penalties for breaking this law also vary depending on how it is charged. For instance, as a misdemeanor, Penal Code 422 comes with:

A felony charge also falls with California’s three strikes law because breaking Penal Code 422 counts as a serious felony. This means that a felony charge for this crime will count as a strike, and after receiving a third strike, a person has to serve a mandatory 25 years to life in state prison.

Don’t Make Threats To Joke Around Or Scare People

Making threats is never a good idea, and making threats jokingly is questionable at best. When a joke threat is made in person, the person’s tone of voice and mannerisms can tell anyone around that it was just a joke. However, none of that translates into text.

Threats online and through other written communications, will always be perceived as real and as such, should never be made. Threats made online are always taken seriously, especially nowadays. These kinds of things scare people, and rightfully so. This means they fall under Penal Code 422 and can be considered criminal threats.

What do you think of California’s take on criminal threats?

Is it too much or not enough? Let us know what you think in the comments down below.