You’ll Never Guess What Led To This Man’s Conviction 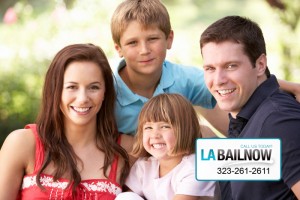 You’ll Never Guess What Led To This Man’s Conviction

Earlier this Summer, a young man was convicted of a crime (involving firearms), but you’ll never guess what led the officers and prosecution to this. The man had photos on his Instagram account that dated back to 2013 that showed him with the guns in question. The police were able to use this as probable cause to search the man’s house. This led to his conviction.

In fact, the police department acknowledged that they have a special unit they dub as the “social media officers.” These guys are the pros at catching evidence and criminals online.

This goes to show that what you post on social media is really “out there” for other people to see, even if your account is private. You can certainly bet the government knows how to (and can and will) find your information on social media, even if it is private or has been deleted.

Think twice next time you want to post something potentially incriminating on your social media. If you’re hesitant about it, debating if you should or not, then you probably shouldn’t post it. It could lead to your arrest one day and if and when that day comes, you’re going to go to jail for a little bit, but you will (most likely) be allowed to post bail.

That’s when you need to contact us at Absolute Bail Bond Store at (800) 793-2245 or AbsoluteBailBonds.com. Bail is affordable when you let one of our licensed agents help you, so don’t be shy or ashamed to reach out.

Protest For Your Rights, But Don’t Get In Trouble

Over the past year, America has captured international news for matters we wish weren’t so: rioting in our beautiful cities over the deaths of African-American individuals at the hands of police officers, particular Caucasian officers. Most recently: the death of Freddie Gray who died while in police custody in Baltimore, MD.

It’s one thing to protest and argue for rights, but it’s another to do so violently and dangerously. This civil unrest can lead to additional unwanted problems like fines and jail time. Specifics (how much jail time, what amount of fines and bail, etc.) may vary from state-to-state. As a country, we are always encouraged to exercise our right to protest, but we want to caution you all to think wisely of how you will go about doing so.

Inciting a riot, rioting, battery on a peace or police officer, destroying property – obviously these are all illegal. You will be arrested. You will have fines to pay, and maybe even jail time. In California, rioting can lead to a year in jail and a $1,000 fine. For battery on a peace or police officer, you can face a few years in jail and up to $10,000 in fines!

Our team at Los Angeles Bail Bond Store can help you post bail for the interim, but you would still need to appear in court. If you or a friend do find yourselves arrested, just give us a call at 866-742-0764. We will certainly be right by your side to get your out of jail (but we hope not back to more trouble). In fact, why not just protest peacefully to begin with!