Collateral For A California Bail Bond 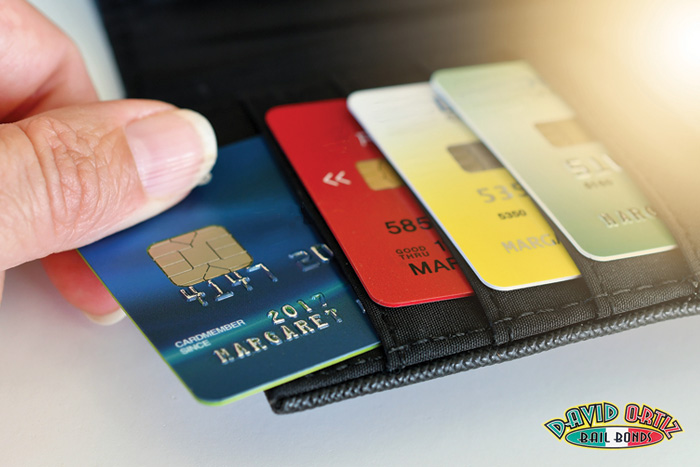 It sounds simple enough. If you can come up with 10% of the bail required, it will serve as the fee needed to secure a bail bond so you or a loved on will be released from jail. The problem is that in some cases, the bail bond company looks at your situation and worries that the person they’re about to bail out of jail is a flight risk. If that person fails to show up for court, the agency will forfeit the entire bail bond. In these cases, the agency will ask for collateral.

The idea is that the collateral provides their client with the incentive needed to inspire them to attend all of their mandatory court dates.

Now, you just have to figure out what you can use as collateral.

Credit cards aren’t something that most people think about when they’re looking for collateral but they actually work quite well. The trick is that you must have enough credit on the card to cover the entire amount of the bail bond, which is why this method is typically only used when the bail is relatively small. The way the credit card works is that the bail bond company holds the money in escrow. It’s released once their client’s case is resolved.

Guns And Other Legal Firearms

Guns and other firearms are a good choice when you’re looking for collateral. Not only do they help cover the cost of bail, but since they’re locked up by the bail bond agent, you don’t have to worry about the police seizing them or the gun getting used to commit a crime while you’re out on bail. Before guns and other firearms can be accepted as collateral, they will need to be professionally valued.

Real estate, particularly houses, is the most commonly used form of collateral, especially when a large bail is required. To use real estate as collateral the county courthouse must have the deed of trust on file and that deed must state that the bail bond company gets the property if the bail is forfeited. The bail bond company will place a lien on the property until the case concludes. The catch with using real estate as collateral is that the legal owner can not also be the person who requires the bail bond.

If you or a loved one suddenly finds themselves in need of a bail bond so they can get out of jail, contacting Tulare Bail Bonds is your first priority. Call for a FREE no obligation consultation. We’re open 24/7 (including holidays) for your convenience.