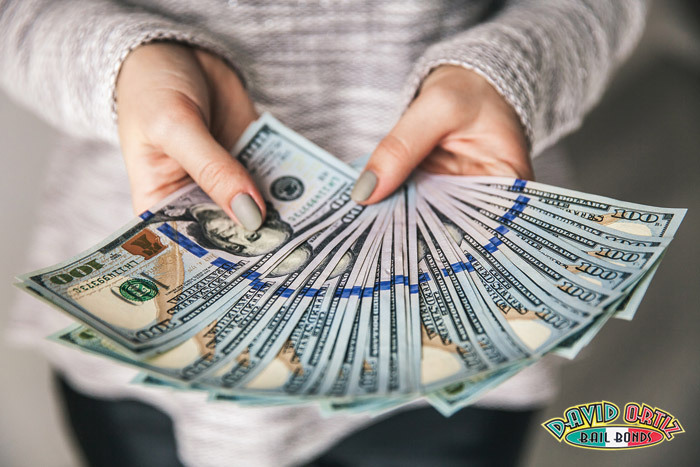 In some extreme situations, the judge who oversees a bail hearing will make a ruling that while the individual can be released on bail, it’s a cash-only bail. This means that the bail, in its entirety, must be paid in cash. In this particular case, the court will not accept a surety bond, which is what Exeter Bail Bonds deals with.

Once a judge has stated that a cash-only bond is the only acceptable form of bail, there is nothing we can do to help. The defendant or their friends/family will have to figure out how to cover the cost on their own. The good news is that in some cases, the court will take a secure payment method, such as a debit card or credit card.

Despite what it sometimes feels like at the time, judges don’t issue cash-only bail rulings without a good reason. In most situations, the extreme nature of the case, such as a particularly violet homicide, makes the judge decide that the suspect is more likely to make all of their court dates if they’re only out on a cash bail. In some cases, the judge can’t deny bail but hopes that the high cash-only bail will be too much for the suspect to cover and they’ll be forced to stay in jail while they await the conclusion of their case.

In other situations, there is something in the suspect’s history that prompts the judge to make a cash-only ruling. This can include:

The good news is that cash-only bonds aren’t the usual. In most situations, you can contact us here at Exeter Bail Bonds, and we’ll work with you to figure out a way to get you released from jail. We promise that you’ll enjoy outstanding customer service, quick action and discretion.

We have a long history of working with people just like you and have become the number one choice for those who find themselves in need of bail.

There are several reasons why we are the number one recommended bail bond service in California, which include:

To learn more about services we provide, feel free to contact us. We are open 24/7 (including holidays) for your convenience. Consultation is always FREE, so you have nothing to lose.